Skip to content
Finding the most competitive bid, are you prepared? 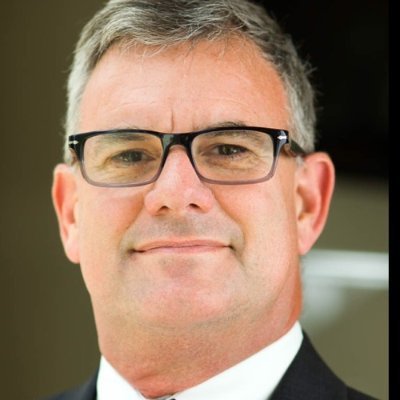 Procuring power plant maintenance services and parts have been around since there was equipment to service, but many buyers are not getting the full value of solicitation efforts. The principle reason for the effort and expense of competitive bidding is to determine which supplier brings the best value and, in the spirit of free enterprise, provides the best option amongst its peers. However, in practice, there is often a sub optimization that exists with the buyer based on a reluctance for “accountability” and “pre-selection bias” among the bidders.

For accountability, no one wants to be that person who picked the wrong supplier and, in retrospect, have to defend the selection decision. This results in a bias for the incumbent or well known bidder. In the case of pre-selection bias, the likely winner is viewed favorably, whether warranted or not, from bid submittal to award. Other bidders are viewed less than equal. In both cases, the bidders are given equal opportunity to submit proposals and the process goes through the motions of competitiveness, but in reality, not all bidders are given the same chance to win. While the RFP was not biased or exclusionary, the evaluation is.

The buyer surely wants the best value for the company and the bidders expect an equal opportunity to win. Adhering to a few practices can put an end to buyer bias resulting in increased competition, better bid results and greater value for the buyer’s company.

“The buyer’s lack of comfort in the bidder, becomes a barrier to success.“

Know the Bidders Before the Bid

This is all about due diligence and being comfortable and ready to make a bid award to any of the bidders. Too often, bidders are added to the RFP slate based on the request of a bidder’s salesperson or from industry references to get the bidders list to the requisite bid count. While the bidder may have sufficient industry background to competently perform the work, the buyer has not done sufficient homework to be comfortable to award them the bid. Generally, once the bid is issued, it is too late for any further due diligence. The buyer’s lack of comfort or confidence in the bidder, becomes a barrier to both the buyer’s ability to competitively source a supplier and the bidder’s ability to win.

Taking the time to truly understand various bidder’s capabilities, specifically how they have performed on similar work, makes reading the proposals more meaningful. Further, such due diligence ensures the buyer’s organization is fully briefed and is ready to select from any of the bidders. Gaps in confidence will be addressed before the RFP is issued facilitating a competitive bid process. However, the root of this issue does not rest solely with the buyer, it is incumbent on bidder’s salesperson to lay the proper groundwork to position his/her employer prior to the bid.

What is the intent of the RFP? Is the winner to take full responsibility for the work and provide for every contingency or will the buyer step in to fill gaps in capability? While all of the bidders may meet the required work specific to the RFP, some may be better equipped to address unexpected issues that may arise during the performance of the work. As an organization, the buyer should agree on the outcome goal, even if it extends beyond the scope of the RFP. The extras and intangibles desired of the winning bidder should be identified when the bidder slate is assembled. A review of the bid responses should not result in the proverbial comparison of apples and oranges. Having similarly capable bidders results in a level evaluation. If the disparity of bidders is not identified until the bid evaluation matrix is assembled, some bidders may immediately fall out competition effectively negating their bid and the desired competitive effects.

Negotiate with a Plan

The buyer has gone through the effort to assemble a list of qualified bidders, issue bid documents, answer bidder questions, host prebid meetings and evaluate and grade bidder responses for the purpose of identifying the most qualified bidder. The next step is to proceed to negotiation with the bid frontrunner knowing there are other qualified bidders, should negotiations break down, that can support the work. Negotiation points such as enhanced warranty, price concession or securing specific personnel for the project can make the difference between a good and great purchase. Too often, after the evaluation process, the buyer’s perception is that the decision is complete and either do not initiate further negotiation or concede requests when there is bidder push back. Unless there is a far and away a clear front runner, having a best alternative (the second or third place finisher) as a backup brings leverage to the negotiating table and allows the buyer to complete the deal, negotiate from strength and maximize the value delivered in the bid.

Selecting a Maintenance Provider: Focusing on the Right Things

The Science of buying